About Walk with Tito

Behind the big idea of ​​the Walk with Tito through Zagreb is a small Agava agency whose proud owner is me. Marx would not be very proud of that but would abolish me, as well as all private property. We have not yet reached that stage of history, we live in capitalism, and we will still have to wait for Marx’s dream of a classless society and equality for all. We cannot predict the future, but we can go back to the not-so-distant past because in the 20th century there were several attempts to create states on the principles of Marx or the deviation of his ideas. The revolutionary enthusiasm for change spread from Russia to Cuba, and Yugoslavia was on that map as well. Then the Kingdom of Yugoslavia. Inspired by WW2 and Hitler’s insane plans, a revolution was born in this area led by the People’s Liberation Struggle against the Nazi occupier and his domestic collaborators. Hitler did not count on one man – Josip Broz Tito. The leader of the Yugoslav Partisans. Born in Hrvatsko Zagorje in a poor peasant family where there were fifteen children. Educated as a locksmith. Predestined for revolution.

The man who said NO to Stalin

Loved or hated, Josip Broz Tito was undeniably one of the political giants of the 20th century. For some, the hated dictator who sent people to Goli Otok for telling jokes about him and ruthlessly dealt with his political opponents, for others an anti-fascist leader who in the name of brotherhood and unity created the only socialist state that was in front of the Iron Curtain. The man who said NO to Stalin. The founder of the Non-Aligned Movement during the Cold War. The only communist statesman who was gladly seen in the White House where he smoked Cuban cigar in Nixon’s face, knowing that this was the way to provoke the Americans who looked at all Cuban products with disgust at the time. And Castro personally sent Cuban cigars to Tito with the signature – To Tito from Castro, even though they didn’t like each other too much.

Because of his incredible charisma, during a visit to Britain’s Queen Elizabeth II, she reportedly stated – ‘If you are a locksmith, then I am not a queen’. Sophia Loren personally cooked him pasta, and Richard Burton played him in the Battle of Sutjeska, and he was constantly drunk on set. When Tito saw Burton at the premiere, he was stunned: “Mother of God, I was never drunk in the war.” After that, Burton and Elizabeth Taylor befriended Tito on the Brijuni Islands. But Tito never regretted that he was not played in Sutjeska by Kirk Douglas, whose big fan he was. Douglas came to Yugoslavia in 1964 and gave a lecture to the students of the Film Academy in Belgrade. On that occasion, he expressed his desire to meet Tito. Tito was in Ljubljana, so he sent a plane to pick him up. They talked for about three hours and took pictures in front of the stuffed bear. There was a spark of mutual admiration between Douglas and Broz. On the Douglas Philanthropic Association website, Josip Broz Tito is the only statesman mentioned, along with Jimmy Carter and Bob Kennedy.

The Hollywood glitter VS real-life in Yugoslavia 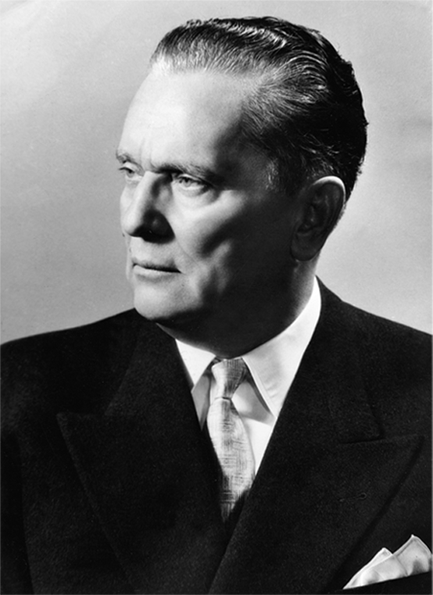 But to move away from the Hollywood glitter, how did the average citizen of the former Yugoslavia live? Free health and education, guaranteed job and secured apartment, workers’ resorts throughout the Adriatic. Sounds like a utopia? A utopia that lasted almost 50 years to disintegrate in the bloody wars of the 90s. But in order not to romanticize the period of the former Yugoslavia under Tito, we will mention only some of the real objections such as the monolithic one-party regime, political prison on Goli Otok, the creation of a special class of party leaders, censorship, insufficient media freedom, the propaganda of Tito’s cult of personality, lack in supplies, driving restrictions every second day due to lack of gasoline, kitsch tax in the music industry. Forty years after Tito’s death, opinions about his rule are divided, but it is indisputable that he marked an entire epoch in the Balkans. And made this region interesting on a global scale. For a small country like Croatia, this is unique. Without explaining our own past, we cannot explain our own future. Walk with Tito tour was derived from that premise. I hope that while walking through the streets of Zagreb and listening to the incredibly turbulent and layered past of this region, you will enjoy it as much as I enjoyed researching and creating this story.

a few things you’ll see along the way