Legends about the name Tito

Neither the Gestapo, nor Mussolini's fascists, nor Pavelic's Ustashas and other enemies knew for a long time who Tito was 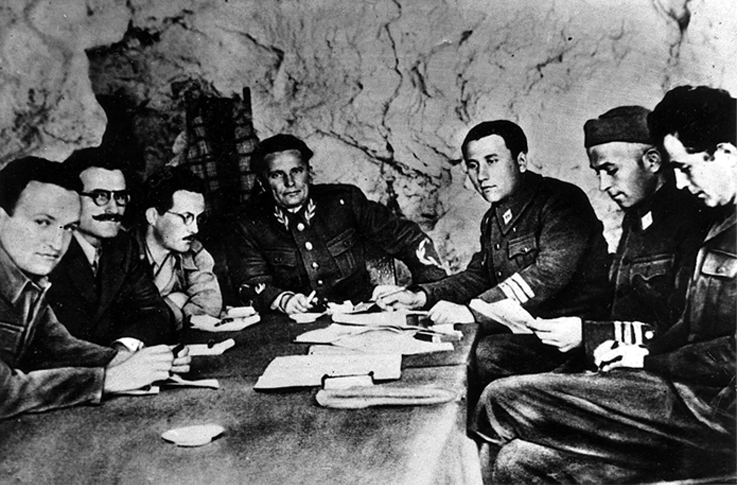 The police searched for a long time until they found out who Tito really was. A special enigma was Tito for the enemy in the first years of World War II and our National Liberation Struggle. Neither the Gestapo, nor Mussolini’s fascists, nor Pavelic’s Ustashas and other enemies knew for a long time who Tito was. They knew that he was the supreme commander of the Partisan army and the party secretary, but they did not know who the man was, what his real last name was and where he came from. The intelligence and police apparatus persistently tried to reveal the identity of that name, about which songs were already sung by the people, but it was in vain. When some cowards from the previous party leadership succumbed in the Ustasha prison in 1942, it was only then that the police found out who Tito was.

For the enemy, he was mostly, as they called him, a “Bolshevik agent.” And there was a lot of talk in the world about that name; he was said to be Russian, Czech, American, and the like. For example, the American newspaper “New York Times” claimed that Tito was a famous American communist Baker from Detroit. Various legends were circulating among the people and the fighters of the NOVJ. One of the most widespread said that Tito was not one man, but a symbolic name for the chief, for the commander, for one of the Partisan leaders after the previous one was killed. It was unfriendly propaganda, to diminish the successes of the Partisan army and prevent the legends surrounding the name Tito. The story has been launched that name Tito was the acronym which means “Secret International Terrorist Organization.”

Josip Broz took the name Tito in 1934, shortly after his release from prison. As he said, he took that name simply because in conditions of illegal work he needed a pseudonym, because the police harassed and persecuted him. And in Croatia and his native Zagorje, that name is not so unknown. The most famous writer from that region in the 18th century was also called Tito Brezovački.  As well, Tito Dugović, a brave man from Hrvatsko Zagroje who took part in the defence of Belgrade in 1456. The father of the famous writer Xaver Sandor Gjalski was also called Tito.